Polmaise Colliery is the first mine in Scotland to witness a walkout of workers as the Miner's Strike explodes.

A train derails after striking a cow near Polmont Station, Falkirk, killing 13 people and leaving 61 injured.

Aberdeen beat Celtic 2-1 after extra time in the Scottish Cup final to secure a league and cup double.

Scotland beat Spain 3-1 in a World Cup qualifier at Hampden with goals from Mo Johnstone and Kenny Dalglish and Torvill and Dean win gold at the Winter Olympics in Sarajevo. 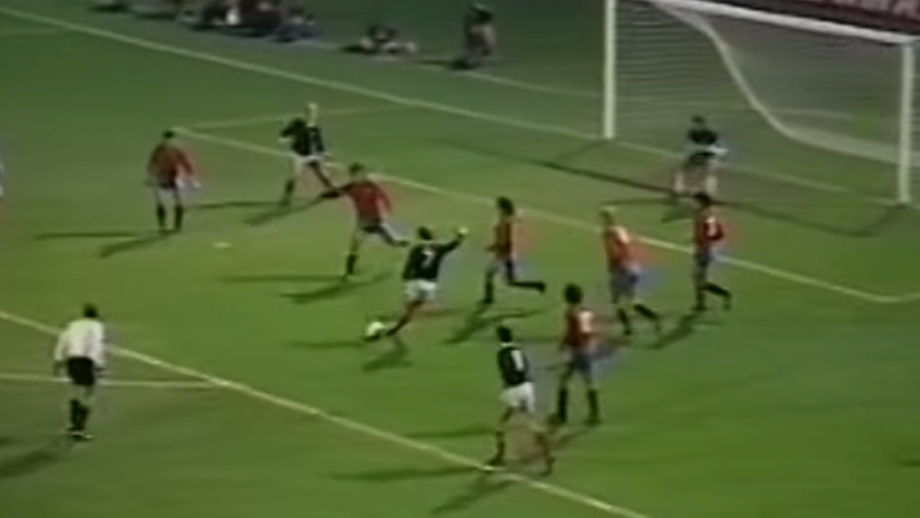 Michael Jackson burns his hair making a TV commercial for Pepsi. Frankie Goes To Hollywood spend 9 weeks at the top of the chart with Two Tribes. Wham had their first number one with 'Wake Me Up Before You Go Go' and after 18 years Stevie Wonder has his first number one with 'I Just Called to say I Love You'. Band Aid made it as Christmas Number one selling over 3 million copies. It was the year Calvin Harris, Duffy, Kelly Osbourne and Gareth Gates were born.

We were singing along to Ray Parker Jnr as Ghostbusters hit the big screen. There were firsts for Gremlins, Beverley Hills Cop and Police Academy.

Nick Ross tells us for the first time 'Dont have nightmares' are Crimewatch is first broadcast in this year. Tommy Cooper dies during a live TV show of 'At Her Majesties Theatre'. Colin Baker makes his debut as the sixth Doctor Who and we welcome Prisoner Cell Block H to the UK.

Legendary TV presenter Donny McLeod dies and hitting our screens for the first time include The Price is Right, Spitting Image, Duty Free, The Bill and Surprise Surprise.

A tribute to Donny McLeod